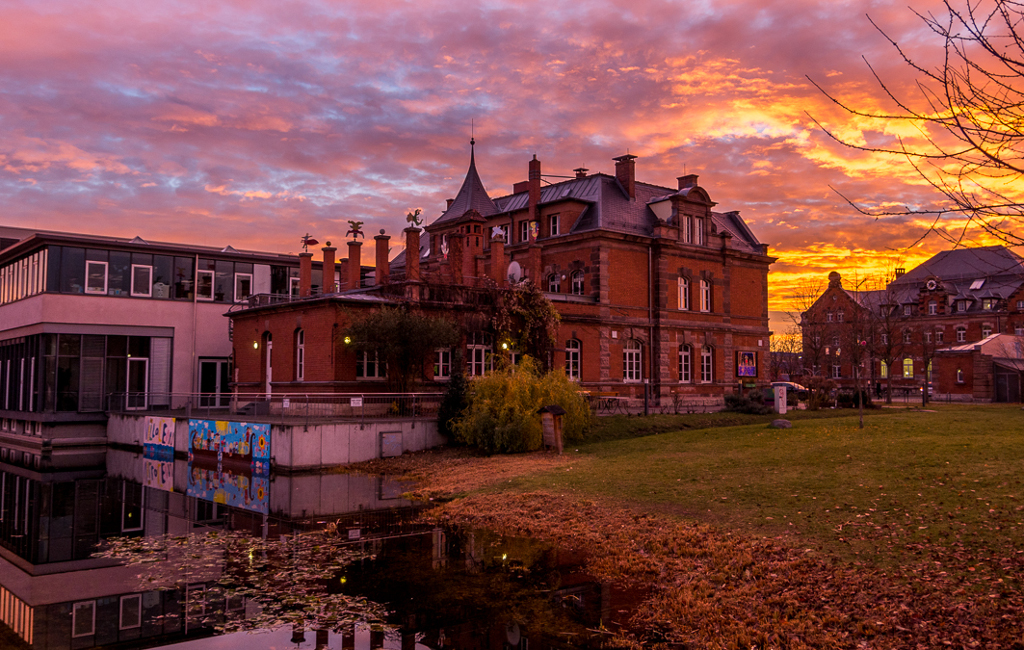 In the past two days we had a fantastic weather. About 16°C (~60°F) and wonderful shaped clouds. On my way to the work I pass some nice opened places so I’ve decided to pack my camera and to try to get the atmosphere of the “glowing sky”. 🙂

Do you actually know why it glows in yellow, orange and red?

The sunlight is white. It contains all the colours the visible light can have.

The physicists say: the light is a wave. It oscillates. And the speed of this oscillation (vibration), called frequency,  and the length of its wave define its colour. The wavelength and the frequency are linked to each other. They both describe the same physical thing: the speed of the vibration.

The slower the oscillation speed (= the longer its wave length),  the less blue and more red becomes its colour.

But the light is not only a wave, it’s a particle too – made by its elementary particles: the photons. The light is both: a wave and a particle. The physicists speak of the wave–particle duality.

When the photons run from the sun to the earth and cross our atmosphere they crash with the elementary particles in the air. And when they crash, they lose energy. When two billiard balls collide, their lose their energy too. They possibly change they direction and they definitely get slower.
But there is something amazing about the photons: they cannot get slower, never! They move always with the speed of light. Well, what happens when they collide with particles in the air and lose their energy but cannot move slower? The only option is to slow down their oscillation velocity. And it’s exactly what happens: by the crash the photon’s vibration slows down and the wave length gets longer. The light changes its colour and becomes less blue and green – and more yellow and red.

Well… At the sunrise and at the sunset, the light passes the longest way through the air and more and more photons collide more often with the air particles. That means: more slowdowns of the oscillation speed, longer wave lengths and the light gets more and more yellow, gold, orange and red.

The poet would say: the sun light brings us everything:  the red love and the yellow warmth and the green fullness and the blue regret. On its way through the air it has to decide how to pay the ferryman. And it knows what we need waking up and going to sleep, so it gives the fullness and the regret away. 🙂 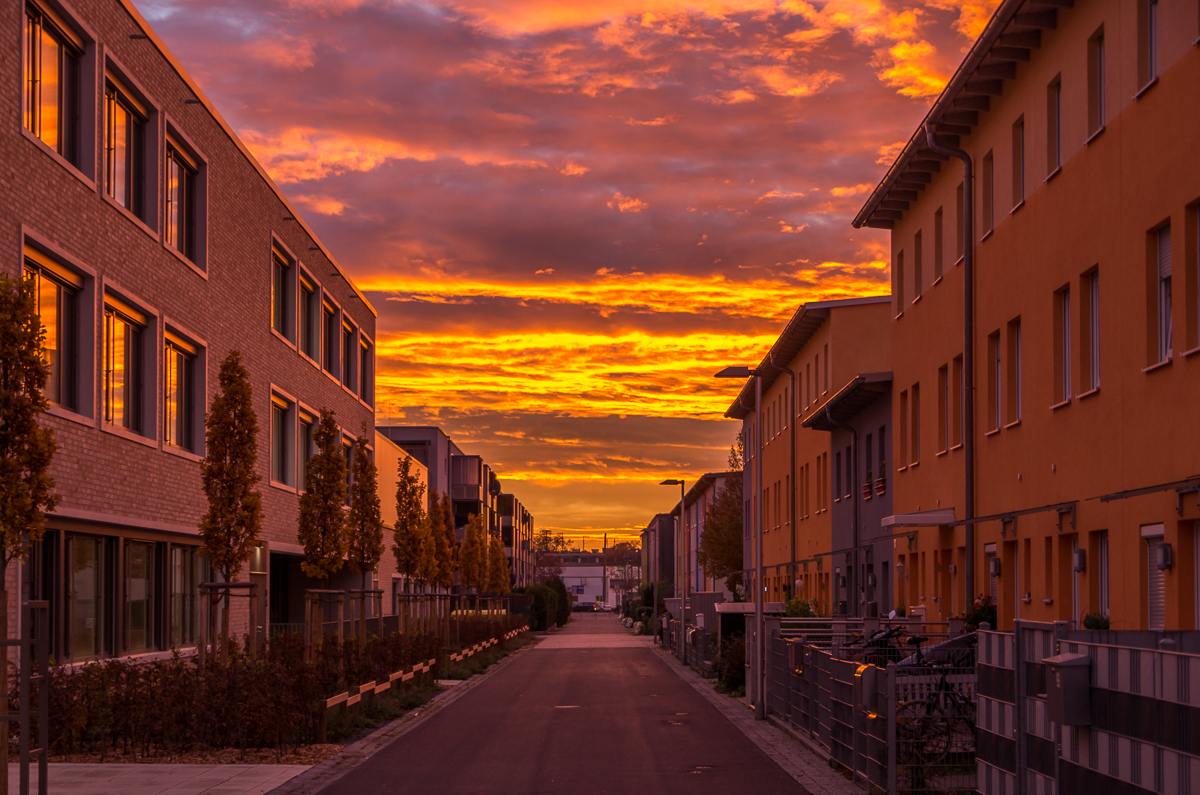 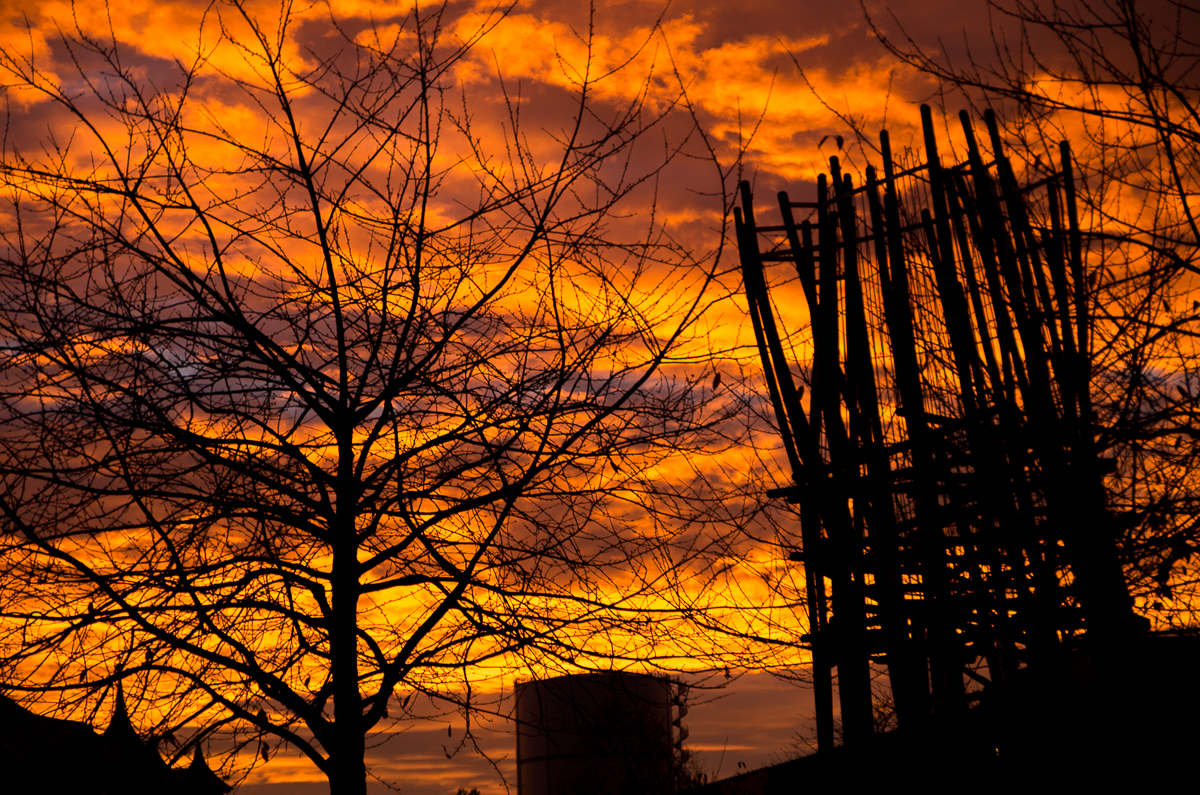 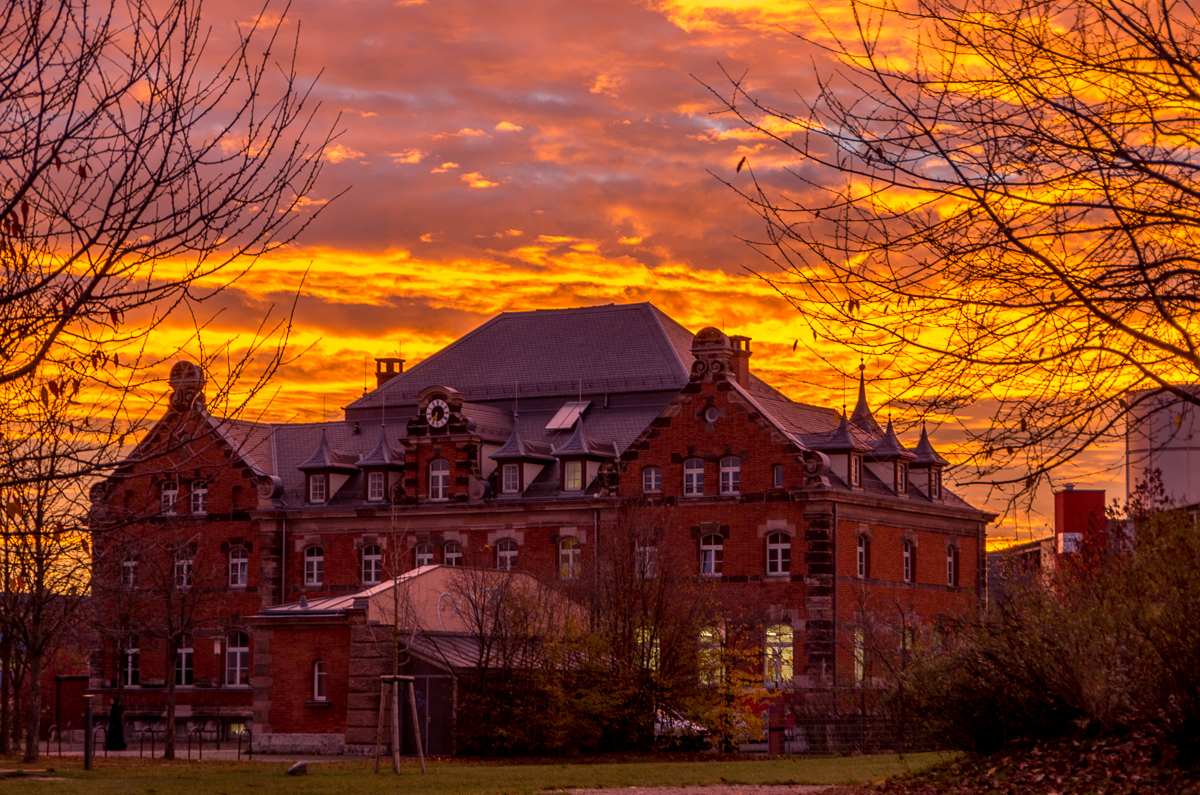 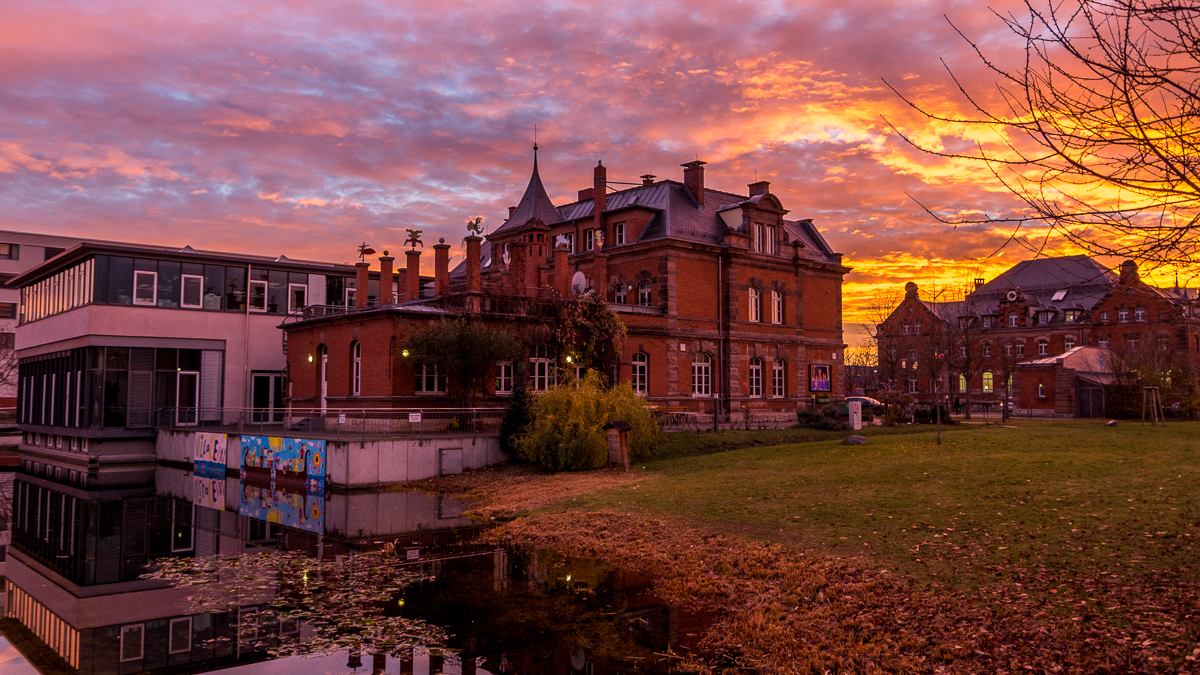 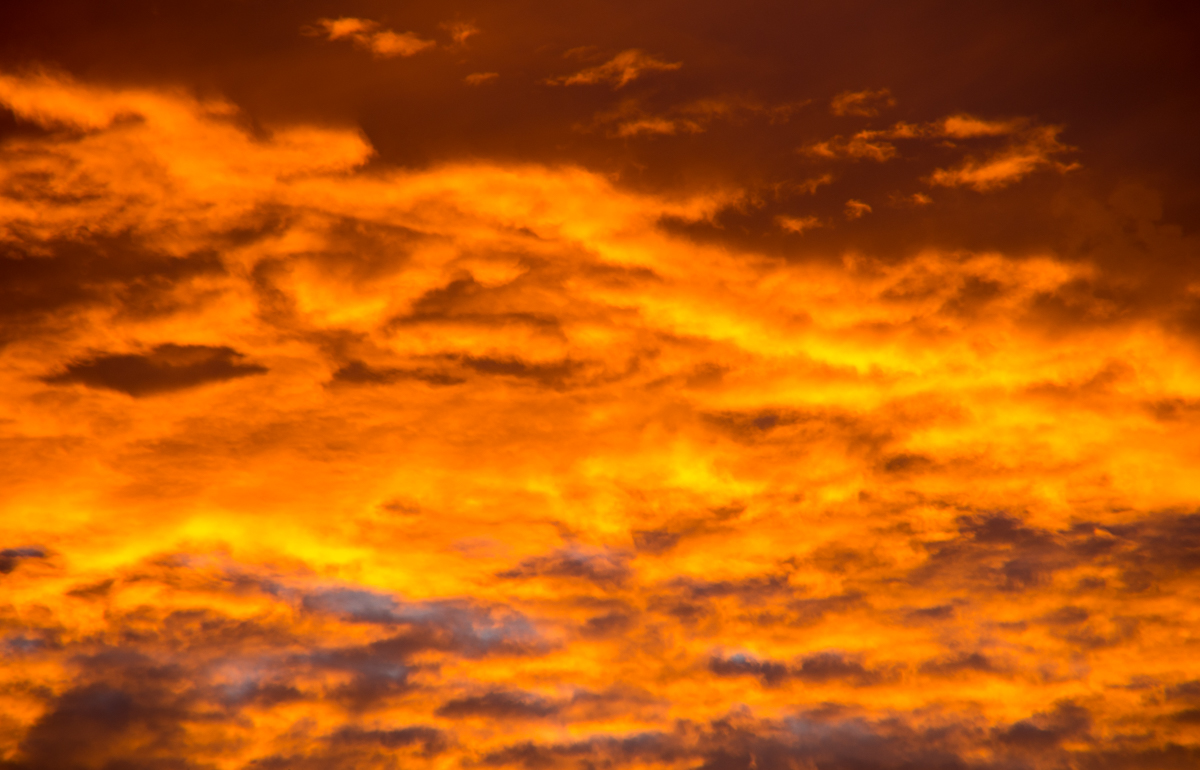 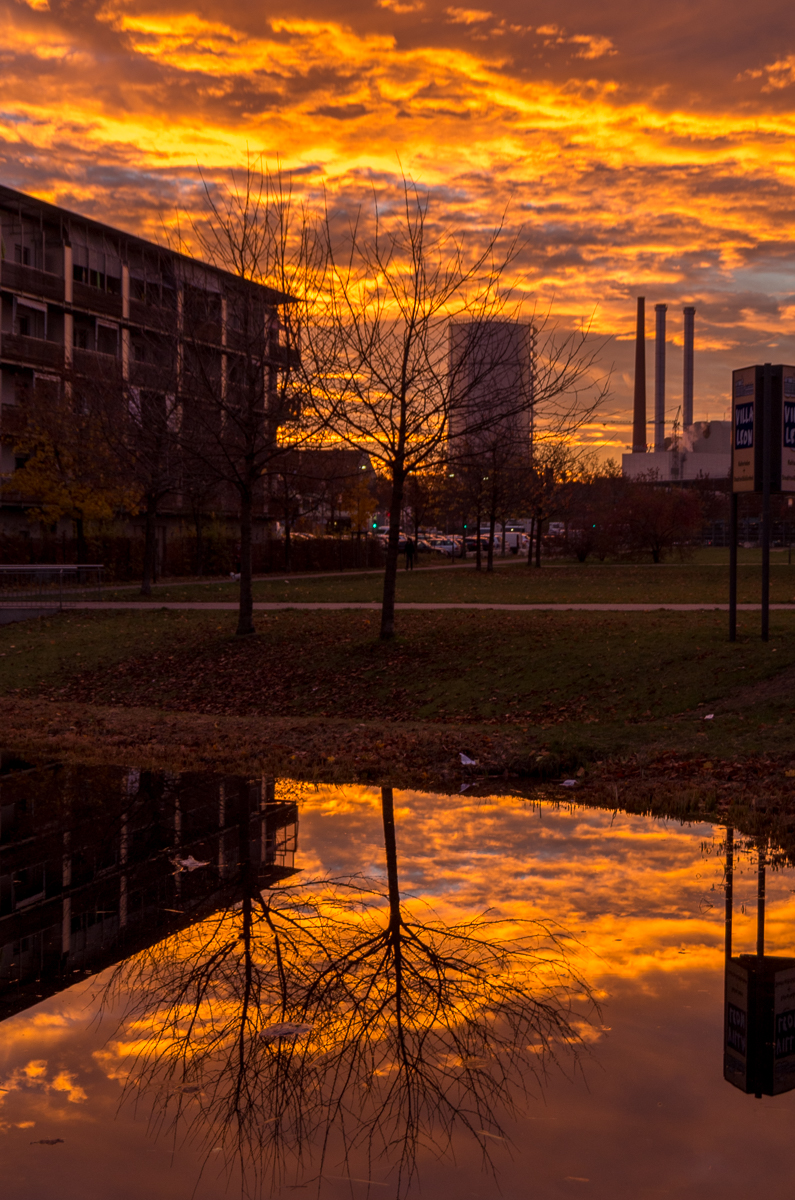 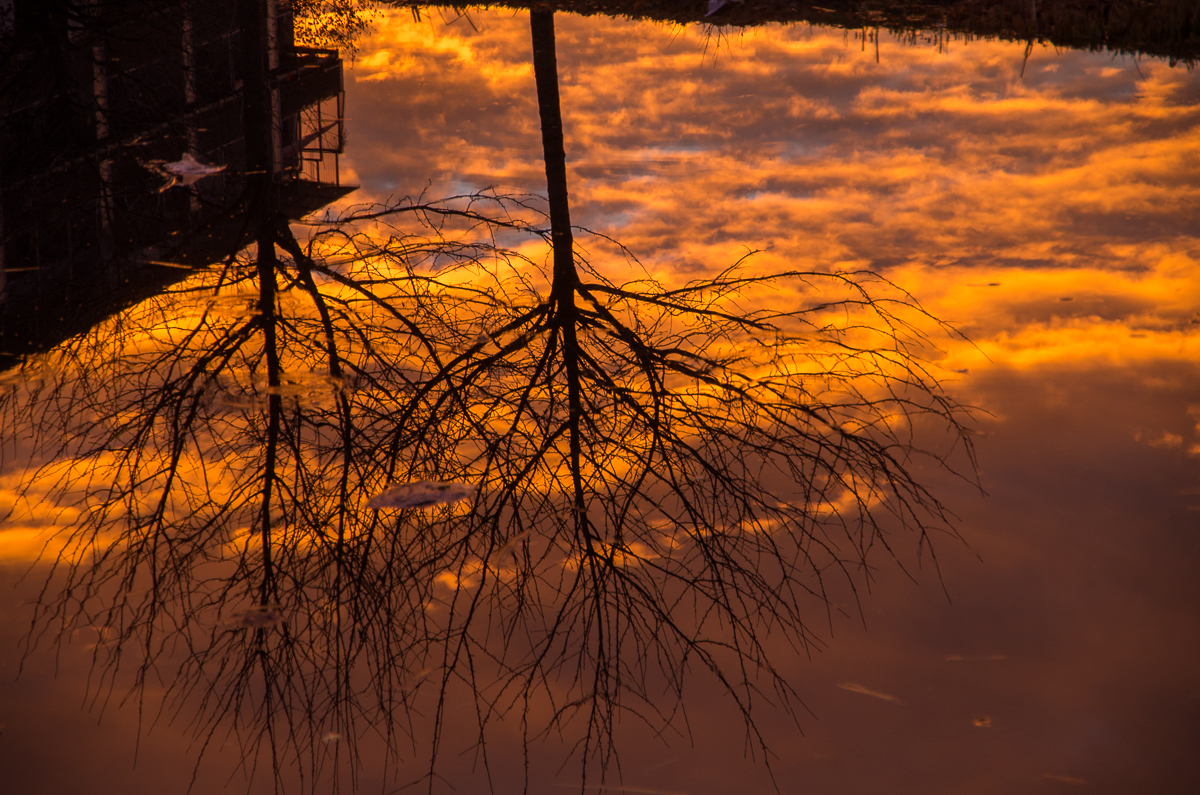 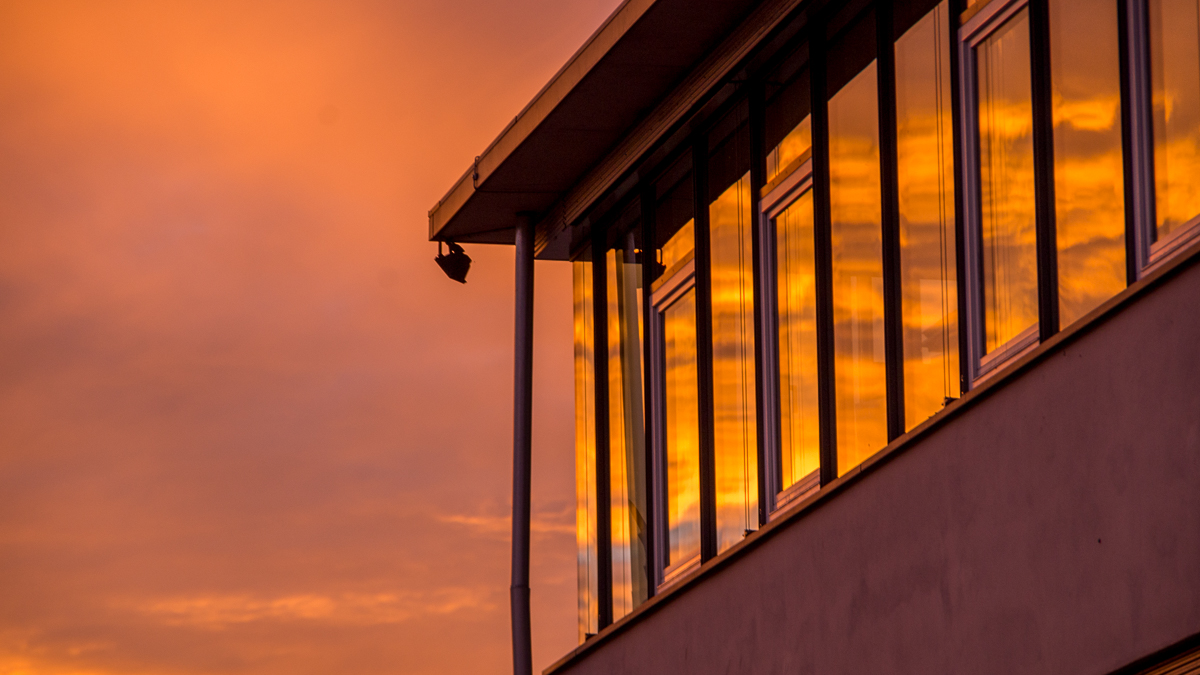 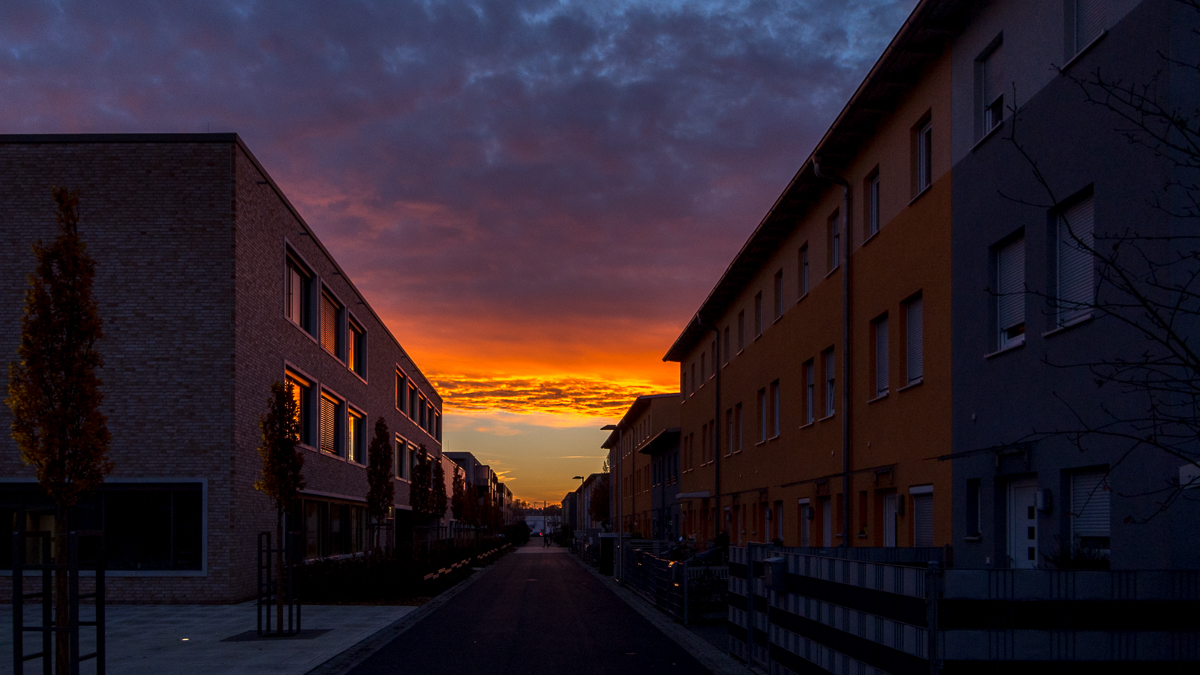